The first thing to remember is that ANY muscle contraction or physical effort is due to a molecule called adenosine triphosphate (ATP). When an ATP molecule is combined with water the last of three phosphate groups splits apart and produces energy. This breakdown of ATP for muscle contraction results in adenosine diphosphate (ADP). The limited stores of ATP must be replenished for the physical effort to continue; so chemical reactions take place to add a phosphate group back to ADP to make ATP.

How ATP is produced
Take three different activities and put them on a continuum. On one end would be a quick, explosive burst such as throwing a punch. On the other end would be an extended, lower-level event such as walking five miles. Between the two could be anything. An intense twenty-second activity, one minute of constant force exertion, or a five-minute event with varied intensities of effort.

All systems are available and “turn on” at the onset of any activity. What dictates which one (or two) is relied upon the most is the effort required.

ATP-PC system – maximum power / short duration
ATP and phosphocreatine (PC) compose the ATP-PC system, also sometimes called the Phosphogen system. It is immediate and functions without oxygen. It allows for up to approximately 12 seconds (+ or -) of maximum effort. During the first few seconds of any activity, stored ATP supplies the energy. For a few more seconds beyond that, PC cushions the decline of ATP until there is a shift to another energy system.

Lactic acid system – moderate power / moderate duration
Now it becomes more complicated as the energy demands shift to this system. The glycolytic or lactic acid system is the “next in line” tool after the ATP-PC system runs its course. Dietary carbohydrates supply glucose that circulates in the blood or is stored as glycogen in the muscles and the liver. Blood glucose and/or stored glycogen is broken down to create ATP through the process of glycolysis. Like the ATP-PC system, oxygen is not required for the actual process of glycolysis (but it does play a role with the by-product of glycolysis: pyruvic acid).

Here is where it gets interesting. After maximum power declines around 12 seconds, further intense activity up to approximately 30 seconds results in lactic acid accumulation, a decrease in power, and consequent muscle fatigue. This high, extended effort is labeled “fast” glycolysis. Exerting further effort up to approximately 60 seconds results in another drop in power due to the shift in dependence on the oxidative system. 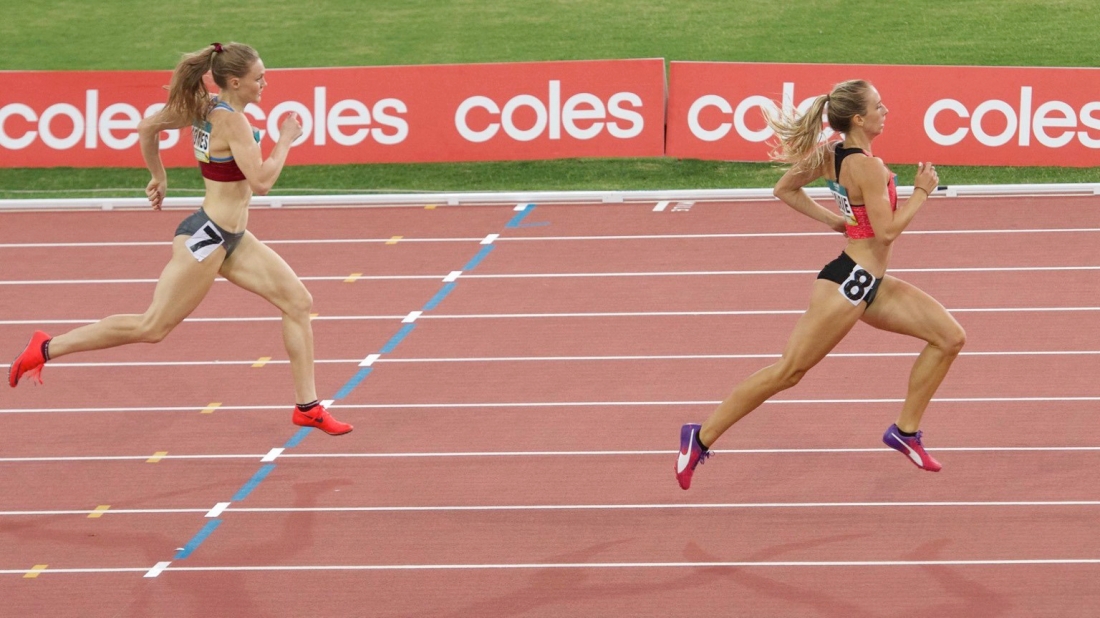 The effort demand is low, but ATP in this system can be produced three ways:

First, the science. The Krebs cycle is a sequence of chemical reactions that continues to oxidize the glucose that was initiated during glycolysis. Remember the acA? It enters the Krebs cycle, is broken down in to carbon dioxide and hydrogen, and “bang” two more ATP molecules are formed.

The problem is, the hydrogen produced in the Krebs’s cycle and during glycolysis causes the muscle to become too acidic if not tended to. To alleviate this, hydrogen combines with several enzymes and is sent to the electron transport chain. Through more chemical reactions in the electron transport chain, hydrogen combines with oxygen, water is produced, and acidity is prevented. Notice this takes time due to the need of oxygen, which is why the oxidative energy takes a while and intensity of effort declines (i.e., max effort sprints become a slow jog/walk).

The Krebs cycle and the electron transport chain metabolize triglycerides (stored fat) and carbohydrates to produce ATP. The breakdown of triglycerides is called lipolysis. The byproducts of lipolysis are glycerol and free fatty acids. However, before free fatty acids can enter the Krebs cycle they must enter the process of beta oxidation, where a series of chemical reactions downgrades them to acA and hydrogen. The acA now enters the Krebs cycle and fat is metabolized just like carbohydrates.

Simply put…
Due to the time-line, the aerobic system provides energy much more slowly than the other two systems, but has an almost unlimited supply (in your adipose tissue – yeah, that fatty stuff you can pinch). The aerobic system by itself is used primarily during complete rest and low-intensity activity. It can produce ATP through either fats (fatty acids) or carbohydrates (glucose).

Hopefully that was simple enough to understand. It is important to have a basic understanding of these energy systems when developing a training program for everybody ranging from the weekend warrior to the elite level athlete.