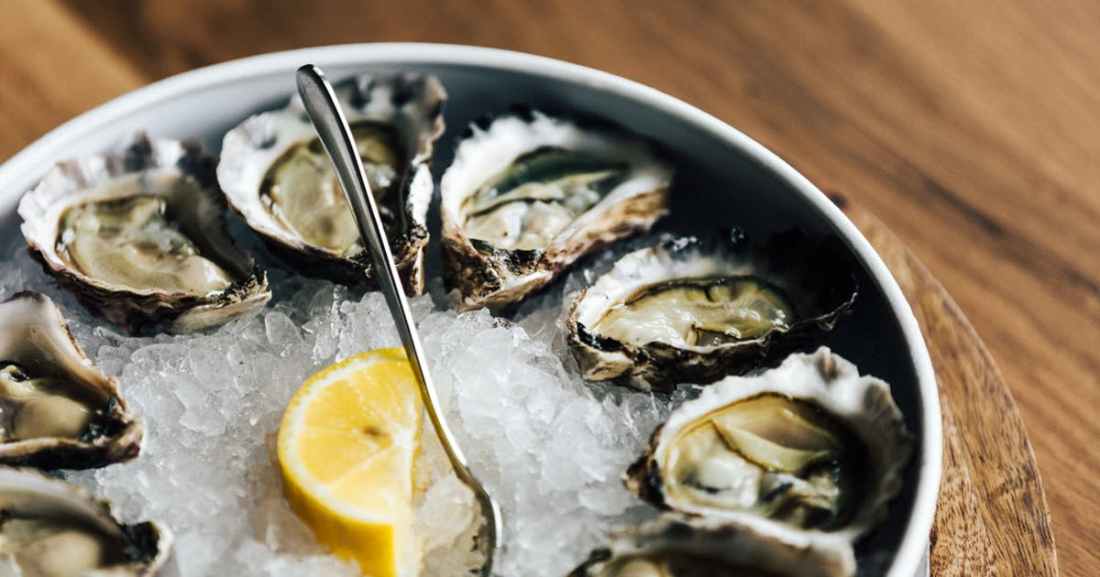 Oysters are saltwater bivalve mollusks that live in marine habitats such as bays and oceans. Mostly known for their reported aphrodisiac qualities, these mollusks have a lot to offer in terms of health benefits.

They are an excellent source of protein, healthy omega-3 fatty acids, vitamins and minerals all critical to optimal human performance.

Why it’s a superfood?

Nutritional powerhouse
Oysters offer an outstanding nutritional profile which is only really rivalled by organ meats.  Extremely high in a variety of important nutrients and low in total calories, oysters are an incredibly nutrient dense food source.

Natural Aphrodisiac
Are oysters an aphrodisiac? The question of whether or not raw oysters can cause sexual arousal has long been debated. Unfortunately, there is actually very little evidence to suggest this is the case.

That being said, why have oysters been so long associated as an aphrodisiac? Most likely because oysters are an excellent source of zinc, a mineral critical sexual health.

Oysters also contain varying levels of dopamine, a neurotransmitter that stimulates the ‘arousal’ centre in the brain (including sexual arousal). This mechanism could potentially take effect  immediately, giving you a psychological edge and boost sexual arousal and performance.

Whilst the evidence may not support improved sexual health, it will provide many nutrients that will improve overall health and performance.

Making the most of oysters
Oysters can be eaten either raw or cooked. To note, there is a small concern for bacterial infection. Oysters occasionally contain a species of bacteria called Vibrio vulnificus, which can more dangerous than salmonella in susceptible people with compromised immune function.

If you have any concern, steaming or boiling are both popular methods which kill off any harmful bacteria and will not cause any loss of nutrition.